Nose Job….Plastic Surgery of the Nose

If you are reading this page, then chances are that you have stared in the mirror countless times and thought, “If only I had a _____ (fill in the blank: smaller, cuter, narrower, shorter, longer, better) nose…”. You are not alone. Cosmetic nose job surgery, also called rhinoplasty, is one of the most common procedures plastic surgeons perform.

A rhinoplasty can alter the shape and appearance of your nose by changing the underlying cartilage and bone. Plastic surgery of the nose can make a large nose smaller, make a wide nose thinner, and make a long nose shorter. A nose job can also make a big tip more refined. It can remove a hump or build up a flat nose. The possibilities are endless, and your surgeon should tailor an operation for you that addresses your concerns but does not give you more than you wanted.

There are two main options for the incisions that your plastic surgeon can use in a nose job: closed rhinoplasty and open rhinoplasty. Closed rhinoplasty involves incision confined to the inside of your nose. Swelling improves soon and recover is fast. However, your surgeon may have a limited ability to achieve some changes in your nose because of her or his inability to see parts of the inside of the nose. Open rhinoplasty, alternatively, involves a small incision on the underside of your nasal tip, between the two nostrils, in addition to incisions on the inside of your nose. Some surgeons prefer the open rhinoplasty because it allows them greater visibility of some portions of the nose. Unfortunately, swelling lasts longer. Either way, if you sleep with your head elevated for several nights following your nose job surgery (preferably one week), then you will find that your swelling subsides much faster. When deciding on open vs. closed rhinoplasty, you should heed the advice of your plastic surgeon.

Recovering From Your Nose Job

Anesthesia can either be sedation or general. The Length of surgery ranges from 1-3 hours. You will go home the same day. Discomfort is moderate. If your nasal bones are broken as part of the procedure, expect 4-10 days of prescription pain medication. If not, expect 2-5 days. Bruising improves in 3-7 days if your nasal bones are not broken, and 7-14 days if they are. Black eyes are not unusual during this time. Swelling Improves in 1-6 weeks following closed rhinoplasty and 1-6 months following open rhinoplasty. You can minimize this time by sleeping with your head elevated for several nights after your surgery. Numbness of the tip of your nose is expected and will last for several weeks. Bandages usually include a cast and tape, which are removed in 5-10 days. Stitches on the inside of your nose do not require removal. Stitches on the outside of your nose, if you had an open rhinoplasty, will be removed in 4-7 days. Packing may be used to control bleeding. If so, it will be removed in 1-7 days. You will be presentable in public in 1-2 weeks, but you may need make-up to conceal your bruises. You may return to work within a week, but your appearance will be the limiting factor. Exercise may be resumed in 3-4 weeks. Avoid contact sports for 6 weeks if your nasal bones were broken during surgery. Your final result: may be seen as soon as 3 months or as late as two years after surgery. The majority see their final result within 6 months.
Ask Your Plastic Surgeon About These Potential Complications and Telltale Signs of Rhinoplasty Bleeding may occur during or following any operation. If your bleeding is significant, you may require nasal packing to control it.

Sinusitis is an infection of the sinuses which can occur due to swelling of the nasal membranes following plastic surgery of the nose – or any nose surgery. Once it is identified, it is often remedied with antibiotics and medications that shrink the nasal lining.

Nasal obstruction may occur due to inward placement of your nasal bones. This is not common, as the majority of airflow through the nose occurs near the floor of the nose, not near the nasal bones.
Undesirable appearance may occur. Examples include a scooped out nose (which has a concave appearance on profile), a polly beak (which looks like a parrot’s bill on profile), a pug nose (which is a small upturned nose), or a pinched tip. Some of these are preventable, but all of them can make your nose appear unnatural. They are called telltale signs, because they can only be attributed to previous plastic surgery of the nose. The only way to correct these problems is through revision nose job surgery (see Tips and Traps, below)

Tips and Traps of Rhinoplasty 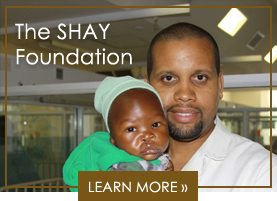